Jukka was born in Finland and he graduated from  one of the leading drama schools in Denmark. After a few acting jobs in Denmark he came to London where he worked as an actor in a small theatre company.
Jukka was cast in the film THE BEACH by Danny Boyle in which he played one of the Swedish characters. After that Jukka worked with Danny again in the film 28 Days Later.
Jukka has appered in many TV series and at the moment Jukka works regularly as a voice over artist on the shows like Vikings , The Last kingdom and Fortitude .
Jukka has played as the voice of the Barbarian Diplomat in a award winning video game the Total War and the voice of a great warrior Vercingetorix in  the Total War Arena game
Jukka enjoys keeping fit and he is a regular sight in the Eastend boxing gym.
And as a true Finn he loves hard rock and Heavy Metal music. Jukka lives in southwest London with his lovely wife and 3 children and spaniel, Kato. 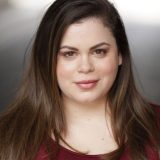 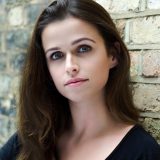