He moved to the UK in 2001, where he has been working for nearly 20 years in all aspects of acting. He so far had speaking roles both in English and French in Feature films (The Time Of Their Lives, opposite Joan Collins and Pauline Collins – The Bay Of Silence, opposite Olga Kurylenko and Claes Bang – Off The Rails, opposite Sally Philips and Kelly Preston), television (Poldark – opposite Aidan Turner), and numerous lead roles in short films and corporate videos, as well as voice-over, music videos and role-plays.

He received great reviews for his roles on stage, in particular when playing Ruckly in One Flew Over A Cuckoo’s Nest, the Waiter in Alan Ayckbourn’s Confusions, and Snuffles in Voyage Of The Galaxy Trader (Panto).

His trademark emotion is Antagonism, with a bit of French ambiguous suave charm. One of his collaborators described him as a “charmer, able to turn a convincing villain as required”.

He is a director and producer at Doppelganger Productions, a production company lead by BAFTA winner screenwriter John Foster, where he is currently producing an evening a monologues and a musical. 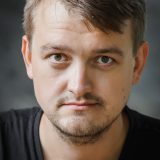 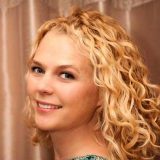