Victoria is a London based actor who trained at Northampton School of the Arts, gaining a First Class Honours Degree in in BA Acting and at the Royal Birmingham Conservatoire.
Her credits include: Mrs Johnstone in Blood Brothers, Catherine in The Memory of Water, Rachel in Port, Isabella in Measure For Measure, Emilia in Othello, Samuel Beckett’s Not I, Lady Macbeth in Macbeth directed by Helen Barnett, Courtesan in The Comedy of Errors directed by Jamie Rocha Allan, Gwen, Emily, Claire and Peggy in She Echoes directed by Lily Mcleish, Joan Noakes in Vinegar Tom directed by Emily Jenkins, performed at The Royal & Derngate Theatre, Elizabeth inBroken by Out of Mind Theatre and Chelsea in Chelsea’s Choice with Alter Ego Creative Solutions, directed by Sean McGrath, touring in across the UK for 13 weeks.
Victoria has received specialised actor training which includes: Screen Acting, Shakespeare, Stanislavski, Laban, Movement Psychology, Estill Voice, Musical Theatre,  Physical Theatre, Contemporary Dance, Ballet, Clowning, Mask, Archetypes, APC Stage Combat (intermediate), Contact Improvisation, T.I.E., Radio, Voiceover and Post-Modern Theatre.
Victoria is a very versatile actor playing multiple and contrasting roles with ease within the same production. She enjoys devising her own naturalistic and abstract theatre and is the co-founder of her own theatre company, Out of Mind Theatre, who’s debut performance ‘Broken’ was a big success at  Northampton’s Flash Theatre Festival 2017.

Victoria has a love of Post-Modern and Physical Theatre as well as Shakespeare. She is also a skilled Voice Over artist. She trained in singing under Shirley Court with the City of Birmingham Symphony Choruses and achieved honours in IDTA Ballet and Freestyle Dance exams over thirteen years. She has a keen interest in choreography and has taught dance and choreographed productions of ‘Grease’, ‘Cinderella’, ‘Aladdin’ and ‘She Echoes’ as well as danced in various Contemporary, Ballet and Freestyle productions herself. 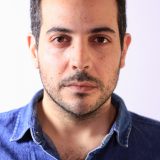 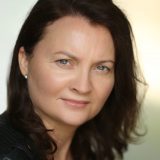