Angela Christofilou is an English (mother tongue) / Greek actress, voice artist and singer – songwriter. Upon graduation from drama school she landed a featured part in the Greek popular TV – series ‘Mia Stigmi 2 Zoes’ for 2 seasons (360 episodes) before moving permanently to London where she is now based.
She performed in the US on a no1 theater tour playing Katherine in Shakespeare’s Taming of the Shrew with New York theater company Aquila and featured in several short films, her latest credit being that of Robi in The Mechanicals of Hemp staring Harry Enfield ( Riley Productions )
With her band Field Trip to the Moon, she recorded an album, a live EP and has been gigging in the UK. Her music has gained radio play on BBC Radio 6 Music and a video for her song ‘YOU’ was made by Steve Barron ( director behind music videos such as A-ha’s “Take on Me”/ Dire Straits ”Money for Nothing”)
She has over 15 years experience in the voice over industry, both in the UK and Greece voicing animation films, video games, audio books and TV + Radio commercials.
She is also a photographer – more recently her street and protest photography has featured in The Independent and the Evening Standard and she’s been commissioned several times to photograph and cover major protests in London for The Independent.
Angela’s Spotlight Page
Book 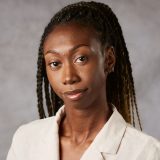