Robert De Domenici is a British actor, born and raised in London. He is part Italian, with family origins in Naples, and he is also of part Jewish descent. Whilst growing up in London, his friends gave him the nickname ”Robby D”. He has worked in film, theatre, and television, having started his career in a string of low budget independent films and landing roles in Off-West End theatre plays. His chameleonic versatility ranges from dark intense roles to lighthearted comedy playing a wide variety of performances including a medieval shepherd, a psychotic unloved son of a 1950’s Soho nightclub owner, an egotistical university professor, and a comedic Italian-American wiseguy.

In 2016, he made his screen debut in The Second Shepherds’ Play, a film based on the medieval mystery play written by The Wakefield Master. His other film credits include Come Down (2018), The Shaman (2018), and Liberté (2020), an LGBT film about a young man who decides to become transgender. He made his directorial debut with The Pope of Arthur Avenue (2020), an Italian-American comedy short film set in The Bronx, New York which he also wrote and starred in. His theatre credits include the Royal Shakespeare Company Open Stages production of ”Macbeth” (2015), ”Dead White Males” (2016), ”Stags and Hens” (2016), ”The Idiot” (2017), and Jez Butterworth’s ”Mojo” (2018).

He studied ”method acting” under acting coach Tom McClane at the Drama Centre London and at the Questors Academy for two years with director and movement coach Nicholas Jonne Wilson. He also trained at the Stella Adler Studio of Acting under Jon Korkes and The Lee Strasberg Theatre & Film Institute with Lola Cohen and Suzanne DiDonna, as well as the Vincent Curatola Acting Workshop (with The Sopranos cast member Vincent Curatola), through online acting programs. He is also a certified Level 3 personal trainer and boxing coach. 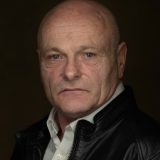